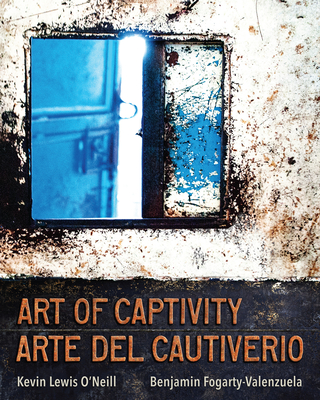 Through a series of rich photographs, Art of Captivity / Arte del Cautiverio tells a compelling story about the war on drugs in Central America. The book focuses on the country of Guatemala, now the principle point of transit for the cocaine that is produced in the Andes and bound for the United States and Canada. Alongside a spike in the use of crack cocaine, Guatemala City has witnessed the proliferation of Pentecostal drug rehabilitation centres. The centres are sites of abuse and torment, but also lifesaving institutions in a country that does not provide any other viable social service to those struggling with drug dependency.

Art of Captivity / Arte del Cautiverio explores these centres as architectural forms, while also showcasing the cultural production that takes place inside them, including drawings and letters created by those held captive. This stunning work of visual ethnography humanizes those held inside these centres, breaks down stereotypes about drug use, and sets the conditions for a hemispheric conversation about prohibitionist practices--by revealing intimate portraits of a population held hostage by a war on drugs.