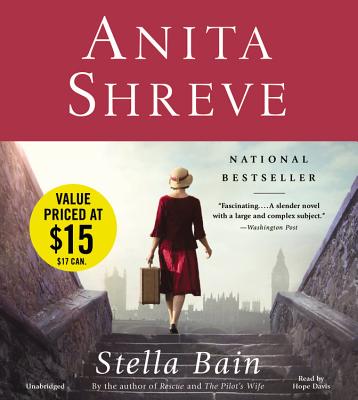 An epic story, set against the backdrop of World War I, from bestselling author Anita Shreve.

When an American woman, Stella Bain, is found suffering from severe shell shock in an exclusive garden in London, surgeon August Bridge and his wife selflessly agree to take her in.

A gesture of goodwill turns into something more as Bridge quickly develops a clinical interest in his houseguest. Stella had been working as a nurse's aide near the front, but she can't remember anything prior to four months earlier when she was found wounded on a French battlefield.

In a narrative that takes us from London to America and back again, Shreve has created an engrossing and wrenching tale about love and the meaning of memory, set against the haunting backdrop of a war that destroyed an entire generation.

Anita Shreve is the acclaimed author of more than fifteen novels, including Testimony; The Pilot's Wife, which was a selection of Oprah's Book Club; and The Weight of Water, which was a finalist for England's Orange prize. She lives in Massachusetts.

"[Rescue] is Shreve at her best, looking at a family tragedy and the events that caused those involved to reevaluate their past and to find the courage to possibly change their lives."—Associated Press