Ukraine Over the Edge: Russia, the West and the New Cold War (Paperback) 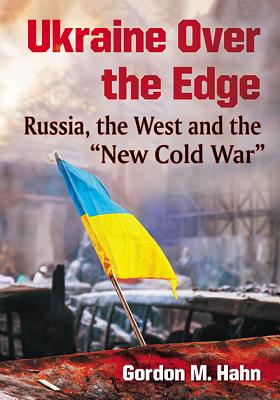 The Ukrainian crisis that dominated headlines in fall 2013 was decades in the making. Two great schisms shaped events: one within Ukraine, its western and southeastern parts divided along cultural and political lines; the other was driven by geopolitical factors. Competition between Russia and the West exacerbated Ukraine's divisions. This study focuses on the historical background and complex causality of the crisis, from the rise of mass demonstrations on Kiev's Maidan Nezalezhnosti (Independence Square) to the making of the post-revolt regime. In the context of a new cold war, the author sheds light on the role of radical Ukrainian nationalists and neofascists in the February 2014 snipers' massacre, the ouster of President Viktor Yanukovych, and Russia's seizure of Crimea and involvement in the civil war in the eastern region of Donbass.

Gordon M. Hahn is an expert for Corr Analytics and a senior researcher for the Center for Terrorism and Intelligence Studies, Akribus Group. He lives in Mountain View, California.