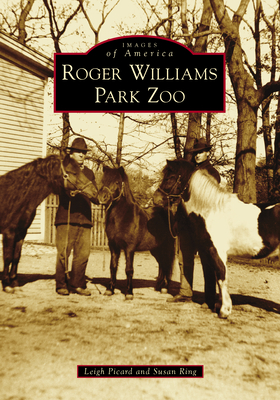 In 1871, Betsey Williams, a descendant of Roger Williams, founder of Providence, Rhode Island, willed her family's 102-acre farm to the city. One year later, the park added a small collection of animals, creating Roger Williams Park Zoo, the third-oldest zoo in the country.

As the animal collection developed, so too did the landscape of Roger Williams Park, with the entire collection eventually becoming consolidated into a localized area within the park, forming what is today known as Roger Williams Park Zoo. Owned by the City of Providence and operated by the Rhode Island Zoological Society, the zoo celebrated its 150th birthday in 2022. In that time, the zoo has welcomed multiple generations of local families and has attracted visitors from around the world, joining in the zoo's mission to protect wildlife and wild places. Through its diverse animal collection, groundbreaking educational programs, and spectacular nighttime events, Roger Williams Park Zoo continues to push toward the future while reflecting fondly on its past.