Picturing the Page: Illustrated Children's Literature and Reading Under Lenin and Stalin (Paperback) 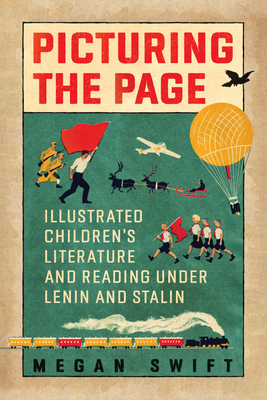 Based on sources from rare book libraries in Russia and around the world, Picturing the Page offers a vivid exploration of illustrated children's literature and reading under Lenin and Stalin - a period when mass publishing for children and universal public education became available for the first time in Russia. By analysing the illustrations in fairy tales, classic adult literature reformatted for children, and war-time picture books, Megan Swift elucidates the vital and multifaceted function of illustrated children's literature in repurposing the past.

Picturing the Page demonstrates that while the texts of the past remained fixed, illustrations could slip between the pages to mediate and annotate that past, as well as connect with anti-religious, patriotic, and other campaigns that were central to Soviet children's culture after the 1917 Revolution.