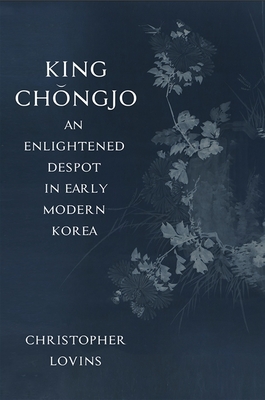 By Christopher Lovins
$39.54
Ships from Warehouse, Usually in 1-8 Days

Were the countries of Europe the only ones that were "early modern"? Was Asia's early modernity cut short by colonialism? Scholars examining early modern Eurasia have not yet fully explored the relationships between absolute rule and political modernization in the highly contested early modern world. Using a comparative perspective that places Chŏngjo, king of Korea from 1776 to 1800, in context with other Korean kings and with contemporary Chinese and European rulers, Christopher Lovins examines the shifting balance of power in Korea in favor of the crown at the expense of the aristocracy during the early modern period. This book is the first to analyze in English the recently discovered collection of 297 private letters written by Chŏngjo himself. These letters were a vital channel of communication outside of official court historians' scrutiny, since private meetings between the king and his ministers were forbidden by custom. Royal politics played out in an arena of subtle communication, with court officials trying to read the king's unstated, elliptically hinted at intentions and the king trying to suggest what he wanted done while maintaining plausible deniability. Through close analysis of both official records and private letters, including Chŏngjo's "secret letters," Lovins shows that, in contrast to previous assumptions, the late eighteenth-century Korean monarchs were not weak and ineffective but instead were in the process of building an absolutist polity.