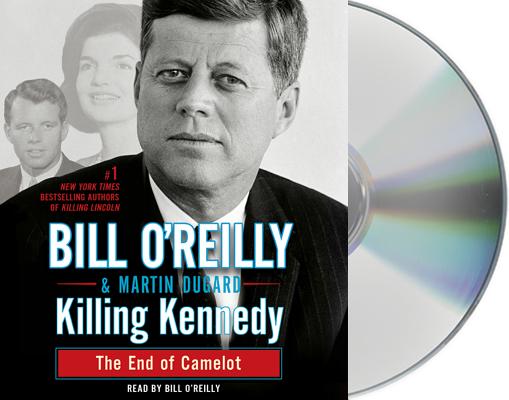 More than a million people have enjoyed Bill O'Reilly's Killing Lincoln, the can't-stop-listening work of nonfiction about the shocking assassination that changed the course of American history. Now the iconic anchor of The O'Reilly Factor recounts in gripping detail the brutal murder of John Fitzgerald Kennedy—and how a sequence of gunshots on a Dallas afternoon not only killed a beloved president but also sent the nation into the cataclysmic division of the Vietnam War and its culture-changing aftermath.

In January 1961, as the Cold War escalates, John F. Kennedy struggles to contain the growth of Communism while he learns the hardships, solitude, and temptations of what it means to be president of the United States. Along the way he acquires a number of formidable enemies, among them Soviet leader Nikita Khrushchev, Cuban dictator Fidel Castro, and Alan Dulles, director of the Central Intelligence Agency. In addition, powerful elements of organized crime have begun to talk about targeting the president and his brother, Attorney General Robert Kennedy.

The events leading up to the most notorious crime of the twentieth century are almost as shocking as the assassination itself. Killing Kennedy chronicles both the heroism and deceit of Camelot, bringing history to life in ways that will profoundly move the listener.

“The author weaves a coherent and intriguing narrative that is enlivened in this audio edition. While O'Reilly's work on television might have prepared him for narration, the conservative commentator will surprise some listeners with the quality of his performance. His deep, powerful voice, timing, emphasis, and tone create tangible tension throughout…O'Reilly's narration proves a great boon to this historical account, which will thoroughly engage listeners.” —Publishers Weekly

“O’Reilly’s narration is crisp and clear, even with his intense, rapid-fire delivery. ” —AudioFile Magazine