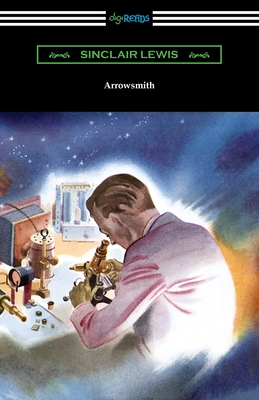 First published in 1925, Sinclair Lewis' "Arrowsmith" is the fascinating tale of a man torn between the pursuit of scientific knowledge and the demands of everyday domestic life. "Arrowsmith" was published to great critical acclaim, being awarded the Pulitzer Prize in 1926, and has endured as the author's most popular novel. It is the story of Martin Arrowsmith, an intelligent and scientific young man who leaves his small Midwestern hometown to attend medical school and become a doctor. Along the way he lives his personal life haphazardly while he struggles to devote more of his time and attention to his scientific endeavors. The tension between his family and his life of rigorous and exacting scientific pursuit come to a dramatic head during an outbreak of bubonic plague on a tropical island. Martin must make difficult decisions between his principles, his research, and his ethical obligations. "Arrowsmith" is a well-researched and detailed description of medical training and practice, as well as an intense character study and thought-provoking examination of the tension that exists between everyday life and the rigorous pursuit of scientific inquiry. This edition is printed on premium acid-free paper.