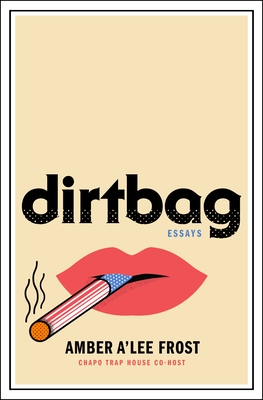 By Amber A'Lee Frost
$29.00
Unavailable
Not Yet Published

The complete story of the victories and failures of millennial socialism, as told by the writer who witnessed it all firsthand.

Amber A’Lee Frost came to New York City as a working class activist in a punk band, arriving just before the start of Occupy Wall Street—the first major event in decades for a socialist movement that was nearly extinct at the turn of the century. She's been at the vanguard of radical politics ever since, as a writer, veteran member of the Democratic Socialists of America, and cohost of the wildly popular Chapo Trap House podcast. She has reported on millennial activism everywhere from the sunny streets of Havana, to the Labour Party’s unexpected victory in the UK, to small towns in her home state of Indiana.

Dirtbag is a much-anticipated debut from one of the greatest emerging writers in modern socialism. This memoir is more than Frost’s story; it is also the story of the only movement that has a chance to reshape our world. Both are chock-full of momentary triumphs, stupid decisions, new international friendships and rivalries, struggle, joy, setbacks, and heartbreak. Both are related with magnetic prose, remarkable candor, and unflappable humor.

Throughout it all, Frost burned the candle at both ends. She kissed a man in the rain at a train stop after he sang her “The Internationale,” and gave herself hangovers that left her begging for death. But all of the late nights, heated debates, and joyous camaraderie was set against the unmistakable sense that somehow, socialism was winning.

Amber A’Lee Frost is a writer, co-host of the Chapo Trap House podcast, and columnist for The Baffler. Her work has been featured in Jacobin, The Columbia Journalism Review, Salon, Current Affairs, and New Republic, among others. She is an active member of Democratic Socialists of America.