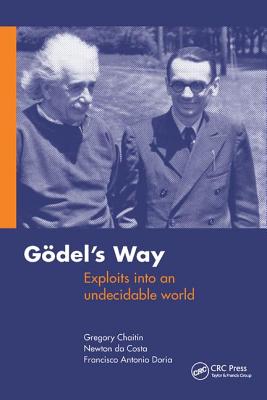 Kurt Godel (1906-1978) was an Austrian-American mathematician, who is best known for his incompleteness theorems. He was the greatest mathematical logician of the 20th century, with his contributions extending to Einstein's general relativity, as he proved that Einstein's theory allows for time machines. The Godel incompleteness theorem - the usual formal mathematical systems cannot prove nor disprove all true mathematical sentences - is frequently presented in textbooks as something that happens in the rarefied realms of mathematical logic, and that has nothing to do with the real world. Practice shows the contrary though; one can demonstrate the validity of the phenomenon in various areas, ranging from chaos theory and physics to economics and even ecology. In this lively treatise, based on Chaitin's groundbreaking work and on the da Costa-Doria results in physics, ecology, economics and computer science, the authors show that the Godel incompleteness phenomenon can directly bear on the practice of science and perhaps on our everyday life.This accessible book gives a new, detailed and elementary explanation of the Godel incompleteness theorems and presents the Chaitin results and their relation to the da Costa-Doria results, which are given in full, but with no technicalities. Besides theory, the historical report and personal stories about the main character and on this book's writing process, make it appealing leisure reading for those interested in mathematics, logic, physics, philosophy and computer sciences.
See also: http: //www.youtube.com/watch?v=REy9noY5Sg8