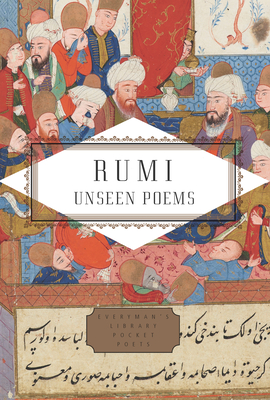 A collection of never-before-translated poems by the widely beloved medieval Persian poet Rumi.

Rumi (1207-1273) was trained in Sufism--a mystic tradition within Islam--and founded the Sufi order known to us as the Whirling Dervishes, who use dance and music as part of their spiritual devotion. Rumi's poetry has long been popular with contemporary Western audiences because of the way it combines the sacred and the sensual, describing divine love in rapturously human terms.

However, a number of Rumi's English translators over the past century were not speakers of Persian and they based their sometimes very free interpretations on earlier translations. With Western audiences in mind, translators also tended to tone down or leave out elements of Persian culture and of Islam in Rumi's work, and hundreds of the prolific poet's works were never made available to English speakers at all. In this new translation--composed almost entirely of untranslated gems from Rumi's vast ouevre--Brad Gooch and Maryam Mortaz aim to achieve greater fidelity to the originals while still allowing Rumi's lyric exuberance to shine.

RUMI was born in 1207 in Central Asia. He founded the mystic Sufi order known to us as the Whirling Dervishes, who use dance and music as part of their spiritual devotion. He died in 1273 and his burial place in Konya, Turkey, remains a shrine to this day.
BRAD GOOCH, best-selling author of Smash Cut, Flannery, and City Poet, wrote the first popular biography of Rumi, Rumi's Secret, which was published in 2017 to critical acclaim.
MARYAM MORTAZ is an Iranian-American writer, translator, and author of the short story collection Pushkin and Other Stories.