Rise of the Filmtrepreneur: How to Turn Your Independent Film into a Profitable Business (Paperback) 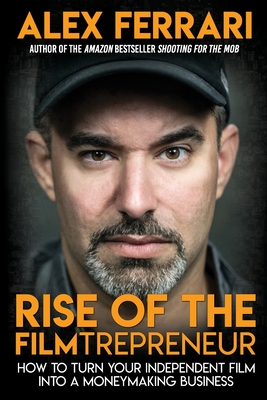 It's harder today than ever before for independent filmmakers to make money with their films. From predatory film distributors ripping them off to huckster film aggregators who prey upon them, the odds are stacked against the indie filmmaker. The old distribution model for making money with indie film is broken and there needs to be a change. The future of independent filmmaking is the entrepreneurial filmmaker or the Filmtrepreneur(R).

In Rise of the Filmtrepreneur(R) author and filmmaker Alex Ferrari breaks down how to actually make money with independent film projects and shows filmmakers how to turn their indie films into profitable businesses. This is not all theory, Alex uses multiple real-world case studies to illustrate each part of his method. This book shows you the step by step way to turn your filmmaking passion into a profitable career. If you are making a feature film, series or any kind of video content, The Filmtrepreneur(R) Method will set you up for success.