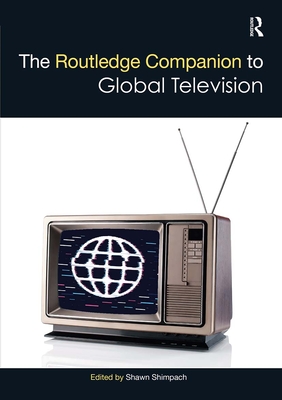 Featuring scholarly perspectives from around the globe and drawing on a legacy of television studies, but with an eye toward the future, this authoritative collection examines both the thoroughly global nature of television and the multiple and varied experiences that constitute television in the twenty-first century.

Companion chapters include original essays by some of the leading scholars of television studies as well as emerging voices engaging television on six continents, offering readers a truly global range of perspectives. The volume features multidisciplinary analyses that offer models and guides for the study of global television, with approaches focused on the theories, audiences, content, culture, and institutions of television. A wide array of examples and case studies engage the transforming practices, technologies, systems, and texts constituing television around the world today, providing readers with a contemporary and multi-faceted perspective.

In this volume, editor Shawn Shimpach has brought together an essential guide to understanding television in the world today, how it works and what it means - perfect for students, scholars, and anyone else interested in television, global media studies, and beyond.

Shawn Shimpach is Associate Professor in the Department of Communication at the University of Massachusetts Amherst and Director of the Massachusetts Multicultural Film Festival. His research interests include the cultural history of film, television, and media; the social and institutional constructions of the media audience; genre theory and screen genres; and screen industries. He is author of the book Television in Transition: The Life and Afterlife of the Narrative Action Hero.