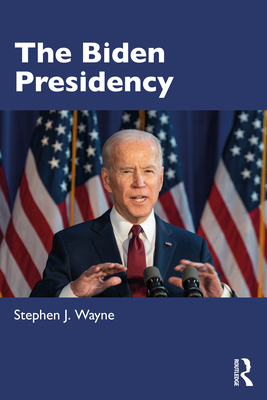 This book is among the first serious looks at the first 17 months of the Biden administration and its many challenges. From a tortured transition to a raging pandemic, a fragile economy, and the threat of international insecurity, Joe Biden entered office at a time even more fraught than that he faced as a new vice president. Confronting a nation divided sharply along political, cultural, and sociodemographic lines, Biden and Kamala Harris promised to unify the country, change the tone in Washington, mend fences with allies, and "build back better" a world assailed from stem to stern. This book assesses the successes and shortfalls of the Biden administration's first 17 months in office, putting all in perspective of the current state of democracy in America. Intended to introduce students of American government to the person (Biden) and the institution (presidency) within a particular system (separation of powers), this book will appeal broadly to citizens, media, and general interest readers in the United States and abroad.

Stephen J. Wayne is Professor of Government Emeritus at Georgetown University. A Washington-based "insider" for more than 50 years, Wayne is frequently quoted by White House journalists and regularly appears on television and radio news shows. He has written or edited 12 books, published in 31 editions and more than 100 articles, chapters, and reviews that have appeared in professional journals, scholarly compilations, newspapers, and magazines.