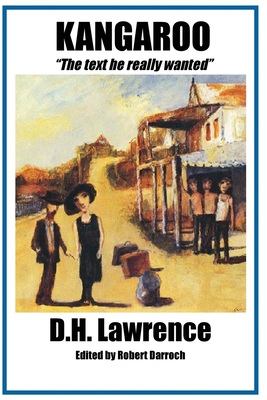 Robert Darroch has long had an interest in D.H. Lawrence's time in Australia and the novel he wrote there in 1922, Kangaroo. Currently he is President of the D.H. Lawrence Society of Australia, which he helped found in 1992. In 1980 he wrote a book about Lawrence's Australian visit, D.H. Lawrence in Australia, and has written numerous articles on the subject, several of which have been published in the main Lawrence journal, the D.H. Lawrence Review. He is a former journalist and now runs an internet publishing company in Australia. In 1972, at the University of Texas in Austin, where he was helping his wife researching her biography of Lady Ottoline Morrell, they were summoned to the office of the Director of the Humanities Research Center (Dr Warren Roberts - Lawrence's bibliographer) who suggested that, being Australians, they look into Lawrence's time in Australia, and the novel he wrote there. Roberts had just been named as general editor of a Critical Edition of Lawrence's literary works and was looking for editors of the various editions. What Darroch did not learn until five years later was that the editor Roberts had originally chosen for Kangaroo (a fellow American bibliographer) had recently been murdered. The coincidence that two Australians were doing research at his Center apparently afforded him the opportunity to find a replacement. Shortly after this (no doubt at Dr. Roberts' suggestion) the publisher of the Cambridge University Press asked Robert Darroch to put in a proposal to edit Kangaroo. In the event, Darroch's proposal was not accepted (though he and Roberts kept on the best of terms) Now, four decades on, Darroch has edited a new edition of Kangaroo, with the text, and its ending, Roberts believed Lawrence "really wanted."