The Sisters from Campobasso (Paperback) 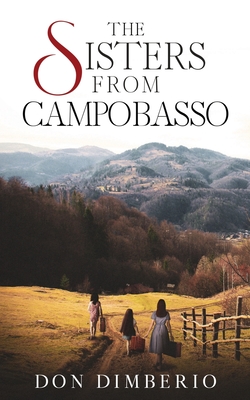 The beginning of the 20th century was great for Italians in the north. Wealth and prosperity were everywhere and the country seemed to be doing well. The poorer citizens that occupied much of South Italy, however, weren't having the same experience. It was for this reason that fourteen million Italians emigrated to America between 1880 and 1914.

The D'Imperio family was one of those families. Yet the journey wasn't what one might expect. Separation, sickness, loneliness, death, and hardship seemed to gravitate to the family often. No matter what they tried-or how hard they tried-they were only brought despair.

This gut-wrenching story tells the journey of how three young sisters, ranging from fifteen to just three years of age, battled through everything that was thrown at them. They fought adversity that no person should need to fight, let alone girls their age. And the final obstacle thrown their way was answered in the most selfless and sacrificial move a person could make.