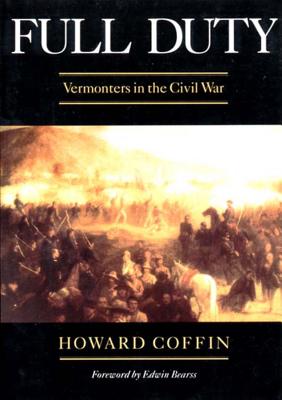 Coffin's exciting saga, written with the immediacy of a combat correspondent, dramatizes why and how a small, poor, remote Northern state responded so quickly and enthusiastically to President Lincoln's first call to arms in 1861.

From the defense of Washington and the siege of Richmond, from Big Bethel to Cedar Creek, we observe the bravery and exploits of Vermont's farm-bred troops who turned the tide in pivotal battles to preserve the Union. More than 10 percent of Vermont's entire population-34,238 Green Mountain men and boys-served in the war, sustaining one of the largest per capita losses incurred by a Northern state.

Howard Coffin, former press secretary to U.S. senator Jim Jeffords, is the author of The Battered Stars, Full Duty, Guns Over the Champlain Valley, and Nine Months to Gettysburg. He lives in Montpelier, Vermont.