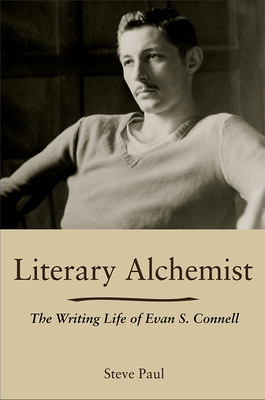 Evan S. Connell (1924–2013) emerged from the American Midwest determined to become a writer. He eventually made his mark with attention-getting fiction and deep explorations into history. His linked novels Mrs. Bridge (1959) and Mr. Bridge (1969) paint a devastating portrait of the lives of a prosperous suburban family not unlike his own that, more than a half century later, continue to haunt readers with their minimalist elegance and muted satire. As an essayist and historian, Connell produced a wide range of work, including a sumptuous body of travel writing, a bestselling epic account of Custer at the Little Bighorn, and a singular series of meditations on history and the human tragedy.

This first portrait and appraisal of an under-recognized American writer is based on personal accounts by friends, relatives, writers, and others who knew him; extensive correspondence in library archives; and insightful literary and cultural analysis of Connell’s work and its context. It also illuminates aspects of American publishing, Hollywood, male anxieties, and the power of place.

Steve Paul worked for the Kansas City Star for 40 years, as a reporter, writer, and editor. He is the author of two books, including Hemingway at Eighteen: The Pivotal Year That Launched an American Legend. He lives in Kansas City, Missouri.

“Literary Alchemist has pinned down a hard-to-pin-down character. If it draws more readers to Connell’s astonishing body of work, then Mr. Paul has done his job.”—Wall Street Journal

“‘What an extraordinary man is Evan Connell,’ Alice Adams wrote. She admired him for writing ‘about his obsessions, his major passions rather than about himself,’ and found his work ‘so compelling that we come to partake of his enthusiasms.’ Thus, too, Connell’s ‘quaint mania,’ as he called his devotion to writing, inspires every page of Steve Paul’s thorough, witty biography. Elegantly and without jargon, Paul persuades us that Evan S. Connell, already revered as a writer’s writer, is an indispensable maker of American literature.”—Carol Sklenicka, award winning author of Raymond Carver: A Writer’s Life and Alice Adams: Portrait of a Writer

“With his iconic Bridge novels, Evan S. Connell inspired a generation of writers and left an indelible mark on twentieth-century American literature. Steve Paul’s illuminating, highly readable biography paints a vivid portrait of a writer who eschewed fashion and maintained an almost monastic dedication to craft. Informed by a deep understanding of Connell’s work, Literary Alchemist is a satisfying exploration of the demands and pleasures of the writing life.”—Jennifer Haigh, author of Mercy Street

“Steve Paul’s deep research and warm engagement with his fellow Kansas Citian Evan S. Connell returns from obscurity one of the most original Midwestern writers of the twentieth century. Highly recommended.”—Richard Rhodes, Pulitzer Prize winning author of The Making of the Atomic Bomb

“Evan S. Connell, as a man and artist, has long been the Sphinx of Kansas City, mute and unknowable. Until now. Steve Paul serves as a perfect foil to his laconic subject, and Literary Alchemist, in addition to being assiduously researched and a pleasure to read, treats the great writer with something more useful than awe: understanding and compassion.”—Joshua Ferris, author of A Calling for Charlie Barnes

"Literature lovers will find this a satisfying introduction to a mysterious figure."—Publishers Weekly

“Superlative research and a sensitive appraisal of Connell’s writing accrue to form a subtly vivid portrait of an ‘introverted rebel’ wholly devoted to the ‘quaint mania’ of the craft—or as Connell’s good friend Max Steele once described him, ‘a strange, silent, extremely lonesome person who can write like no one else.’”—Gemma Sieff, Harper's Magazine

“Paul’s impressive research and close reading of Connell’s oeuvre illuminates the many autobiographical connections between the artist’s life and work. This should reestablish Connell in the pantheon of literary arts.”—Booklist

"His biography offers a valuable and commendably thorough reintroduction to an underappreciated American writer, whose vast and eclectic body of work deserves renewed attention.”—American Scholar

“Literary Alchemist shines welcome light on events and milestones in the life of a writer who shunned public attention; especially enlightening are descriptions of Connell’s world travels and his deeply held connection to nature, which illumine his most adventurous, genre-busting books. Even more valuable, though, is the literary appraisal put forth by Paul, whose 40-year tenure at the [Kansas City] Star included a stint as editor of the paper’s book section.”—Kansas Alumni Magazine