Race and Economics: How Much Can Be Blamed on Discrimination? (Hoover Institution Press Publication) (Hardcover) 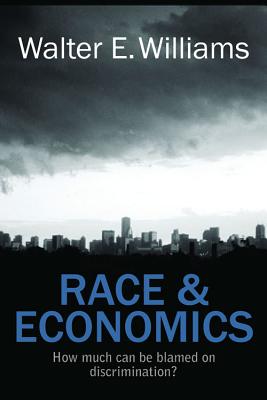 By Walter E. Williams
Sorry, Not Available through UPB
Out of Print

This is book number 599 in the Hoover Institution Press Publication series.

Williams debunks many common labor market myths and reveals how the minimum wage law has imposed incalculable harm on the most disadvantaged members of our society. He explains that the real problem is that people are not so much underpaid as underskilled and that the real task is to help unskilled people become skilled. The author also reveals how licensing and regulation reduce economic opportunities for people, especially those who might be described as discriminated against and having little political clout. Using the examples of the taxi cab and trucking industries before and after deregulation, he illustrates how government regulation closes entry and reinforces economic handicaps, whereas deregulation not only has helped minorities enter industries in greater numbers but also has benefited consumers.

Walter E. Williams is the John M. Olin Distinguished Professor of Economics at George Mason University and a nationally syndicated columnist.  He is the author of several books and more than sixty articles that have appeared in such scholarly journals such as Economic Inquiry, American Economic Review, and Social Science Quarterly and popular publications such as Reader's Digest,Regulation,Policy Review, and Newsweek.