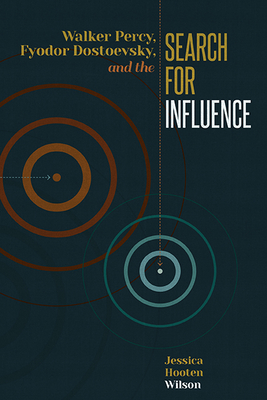 Although Walker Percy named many influences on his work and critics have zeroed in on Kierkegaard in particular, no one has considered his intentional influence: the nineteenth-century Russian novelist Fyodor Dostoevsky. In a study that revives and complicates notions of adaptation and influence, Jessica Hooten Wilson details the long career of Walker Percy. Walker Percy, Fyodor Dostoevsky, and the Search for Influence demonstrates—through close reading of both writers’ works, examination of archival materials, and biographical criticism—not only how pervasive and inescapable Dostoevsky’s influence was but also how necessary it was to the distinctive strengths of Percy’s fiction.


From Dostoevsky, Percy learned how to captivate his non-Christian readership with fiction saturated by a Christian vision of reality. Not only was his method of imitation in line with this Christian faith but also the aesthetic mode and very content of his narratives centered on his knowledge of Christ. The influence of Dostoevsky on Percy, then, becomes significant as a modern case study for showing the illusion of artistic autonomy and long-held, Romantic assumptions about artistic originality. Ultimately, Wilson suggests, only by studying the good that came before can one translate it in a new voice for the here and now.

Jessica Hooten Wilson is Associate Professor of Literature at John Brown University and author of Giving the Devil His Due: Demonic Authority in the Fiction of Flannery O’Connor and Fyodor Dostoevsky (2017).

“Walker Percy, Fyodor Dostoevsky, and the Search for Influence is a significant work that has the potential to reenergize the field of influence studies because it shows how two of the most influential models in the field—Harold Bloom’s high-Romantic ‘anxiety of influence,’ on the one hand, and poststructuralist accounts of ‘intertextuality,’ on the other—fail to provide much illumination of many great works that do not subscribe to the mythologies of the strong poet or of language itself as the supreme reality.” —Thomas Haddox, author of Hard Sayings: The Rhetoric of Christian Orthodoxy in Late Modern Fiction (OSU Press, 2013)