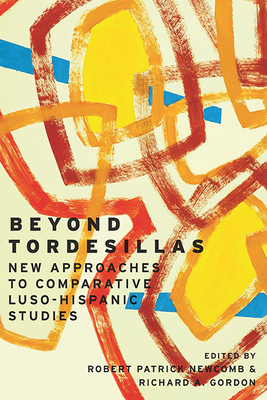 Beyond Tordesillas: New Approaches to Comparative Luso-Hispanic Studies is the first volume of its kind to be published in English. Bringing together young and established scholars, it seeks to consolidate the vital work being done on the connections between the Spanish- and Portuguese-speaking worlds on both sides of the Atlantic. The volume builds from an understanding that Iberian and Latin American cultures are inherently transoceanic—having engaged in earlier eras in parallel, and sometimes interconnected, colonization projects around the world and more recently in postcolonial evaluations of these practices and their legacies.

The jumping-off point for Beyond Tordesillas is the critic Jorge Schwartz’s evocative call to arms, “Down with Tordesillas!” In this groundbreaking essay, Schwartz looks to the imaginary line created by the Treaty of Tordesillas (1494), which divided the known world into Spanish and Portuguese spheres of influence, to stand in for generations of literary and cultural noncommunication between the Spanish- and Portuguese-speaking spheres, and their attendant academic disciplines. This volume’s contributions range topically across continents, from the Iberian Peninsula to Latin American countries. They also range across genres, with studies that analyze fictional narrative, music, performance, and visual culture. Beyond Tordesillas forcefully challenges the disciplinary—and indeed, arbitrary—boundaries that for too long have separated Hispanic and Luso-Brazilian studies.


“Beyond Tordesillas is a compelling and timely collection that stakes out a strong and original programmatic position in favor of Luso-Hispanic studies. The broad and rich set of contributions illustrate the great scholarly potential of favoring a Luso-Hispanic comparative approach rather than sticking to the traditional disciplinary separation between the two (formerly) imperial spaces.” —Sebastiaan Faber, author of Anglo-American Hispanists and the Spanish Civil War: Hispanophilia, Commitment, and Discipline