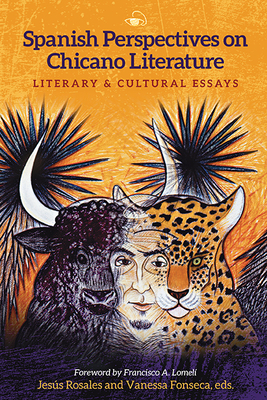 In their comprehensive study Spanish Perspectives on Chicano Literature: Literary and Cultural Essays, editors Jesús Rosales and Vanessa Fonseca provide a fresh set of perspectives on the field of Chicano literary and cultural studies. Composed of essays by scholars who live and work in the United States in addition to those who work primarily in Spain, the book examines how Spanish literary critics view and study Chicano literature. In general, these critics demonstrate a deep interest in Chicano culture in relation to its American, Mexican, and Spanish identities, or multiple cultural mestizajes.


For Chicanos this interest is intriguing, for they see Spain’s vision of the Chicano both with inviting enthusiasm and justifiable reservation—enthusiasm because this interest shows a humanistic concern in understanding their social issues (national identity, bilingualism, immigration, feminism, and so on) in relation to Spain’s own, and reservation because there still prevails an “open wound” from their historical connection with that country. In other words, a lingering Spanish colonial presence still exists in the Chicano psyche. These Spanish perspectives are important to consider as Chicano literature reflects on its place in twenty-first-century America and its transnational and global aspirations.