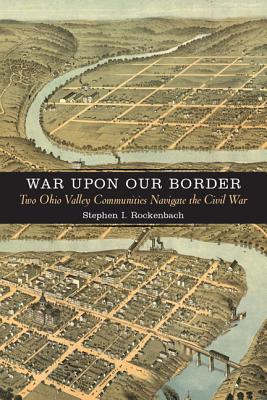 War upon Our Border examines the experiences of two Ohio River Valley communities during the turmoil and social upheaval of the American Civil War. Although on opposite sides of the border between slavery and freedom, Corydon, Indiana, and Frankfort, Kentucky, shared a legacy of white settlement and a distinct western identity, which fostered unity and emphasized cooperation during the first year of the war. But subsequent guerrilla raids, military occupation, economic hardship, political turmoil, and racial tension ultimately divided citizens living on either side of the river border. Once a conduit for all kinds of relationships, the Ohio River became a barrier dividing North and South by the end of the conflict.

Centered on the experience of local politicians, civic leaders, laborers, soldiers, and civilians, this combined social and military history addresses major interpretative debates, including how citizens chose allegiances, what role slavery played in soldier and civilian motivation, and the nature of life on the home front. Examining manuscripts, newspapers, and government documents, War upon Our Border employs a microhistorical approach to link the experiences of common people with the sweeping national events of the Civil War era. The resulting study reveals the lingering effect of the war's memory and how the effort to construct a new regional dynamic continues to shape popular conceptions of the period.

Stephen I. Rockenbach is Associate Professor of History at Virginia State University.