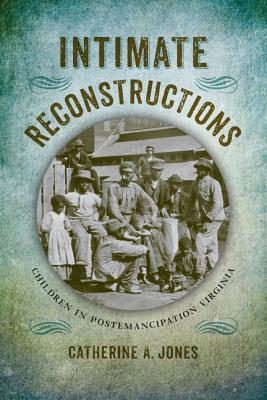 In Intimate Reconstructions, Catherine Jones considers how children shaped, and were shaped by, Virginia's Reconstruction. Jones argues that questions of how to define, treat, reform, or protect children were never far from the surface of public debate and private concern in post-Civil War Virginia. Through careful examination of governmental, institutional, and private records, the author traces the unpredictable paths black and white children traveled through this tumultuous period. Putting children at the center of the narrative reveals the unevenness of the transitions that defined Virginia in the wake of the Civil War: from slavery to freedom, from war to peace, and from secession to a restored but fractured union. While some children emerged from the war under the protection of families, others navigated treacherous circumstances on their own. The reconfiguration of postwar households, and disputes over children's roles within them, fueled broader debates over public obligations to protect all children.

The reorganization of domestic life was a critical proving ground for Reconstruction. Freedpeople's efforts to recover children strained against white Virginians' efforts to retain privileges formerly undergirded by slavery. At the same time, orphaned children, particularly those who populated the streets of Virginia's cities, prompted contentious debate over who had responsibility for their care, as well as rights to their labor.

By revisiting conflicts over the practices of orphan asylums, apprenticeship, and adoption, Intimate Reconstructions demonstrates that race continued to shape children's postwar lives in decisive ways. In private and public, children were at the heart of Virginians' struggles over the meanings of emancipation and Confederate defeat.

Catherine A. Jones is Associate Professor of History at the University of California, Santa Cruz.