After Nationalism: Being American in an Age of Division (Radical Conservatisms) (Hardcover) 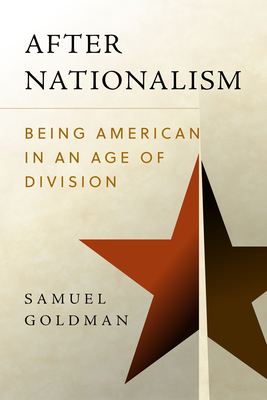 Nationalism is on the rise across the Western world, serving as a rallying cry for voters angry at the unacknowledged failures of globalization that has dominated politics and economics since the end of the Cold War. In After Nationalism, Samuel Goldman trains a sympathetic but skeptical eye on the trend, highlighting the deep challenges that face any contemporary effort to revive social cohesion at the national level.

Noting the obstacles standing in the way of basing any unifying political project on a singular vision of national identity, Goldman highlights three pillars of mid-twentieth-century nationalism, all of which are absent today: the social dominance of Protestant Christianity, the absorption of European immigrants in a broader white identity, and the defense of democracy abroad. Most of today's nationalists fail to recognize these necessary underpinnings of any renewed nationalism, or the potentially troubling consequences that they would engender.

To secure the general welfare in a new century, the future of American unity lies not in monolithic nationalism. Rather, Goldman suggests we move in the opposite direction: go small, embrace difference as the driving characteristic of American society, and support political projects grounded in local communities.

Samuel Goldman teaches political science and is Executive Director of the Loeb Institute for Religious Freedom at the George Washington University. He is author of God's Country: Christian Zionism in America, also available from the University of Pennsylvania Press.