The Life Before Us (Paperback) 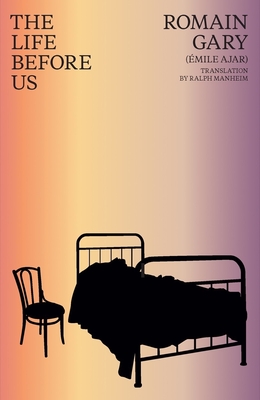 Now back in print, this heartbreaking novel by Romain Gary has inspired two movies, including the Netflix feature The Life Ahead

Momo has been one of the ever-changing ragbag of whores’ children at Madame Rosa’s boarding house in Paris ever since he can remember. But when the check that pays for his keep no longer arrives and as Madame Rosa becomes too ill to climb the stairs to their apartment, he determines to support her any way he can. This sensitive, slightly macabre love story between Momo and Madame Rosa has a supporting cast of transvestites, pimps, and witch doctors from Paris’s immigrant slum, Belleville. Profoundly moving, The Life Before Us won France’s premier literary prize, the Prix Goncourt.

Romain Gary (1914–1980) was born Roman Kacew in Vilnius to a family of Lithuanian Jews. He changed his name when he fled Nazi-occupied France to fight for the British as an RAF pilot. He wrote under several pen names and is the only writer to have received the Prix Goncourt twice. A diplomat and filmmaker, Gary was married to the American actress Jean Seberg. He died in Paris in 1980 from a self-inflicted gunshot wound.

Ralph Manheim (1907-1992) was an American translator of German and French literature, as well as occasional works from Dutch, Polish and Hungarian. The PEN/Ralph Manheim Medal for Translation, a major lifetime achievement award in the field of translation, is named in honor of Manheim and his work. He won many awards in his lifetime, including a MacArthur genius grant, a Guggenheim Fellowship ,and a National Book Award.

James Laughlin (1914–1997) founded New Directions in 1936 while still a student at Harvard. He wrote and compiled more than a dozen books of poetry as well as stories and essays; seven volumes of his correspondence with his authors are available from W.W. Norton.