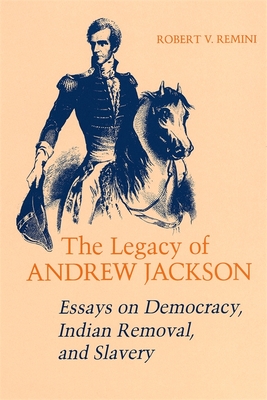 Robert V. Remini, the nation's foremost authority on Andrew Jackson, has over the past three decades published numerous books on Jackson and his presidency, including a much-praised three-volume biography. His mastery of sources and singular diligence in advancing a revised image of Jackson are universally respected. In The Legacy of Andrew Jackson, Remini discusses Jackson's role in three areas of particular importance: democracy, Indian removal, and slavery. Thoughtful and illuminating, these essays will be of great interest to historians of the Jackson era and to all students of American history.

Robert V. Remini is the author of many books, including Andrew Jackson and the Course of American Democracy, winner of the 1984 American Book Award for nonfiction. He is Professor of History and Research Professor of the Humanities at the University of Illinois at Chicago