In the Shadow of the American Dream: The Diaries of David Wojnarowicz (Paperback) 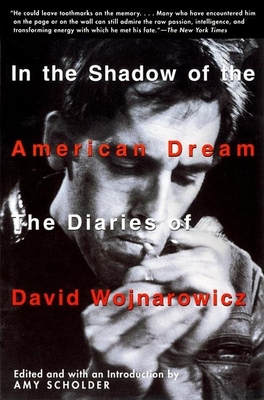 Few artists have captured the emotional, sexual, and political chaos of modern urban life as perceptively as David Wojnarowicz, whom Out magazine has called an acute observer of the unmapped region surrounding his heart and one of the best writers of his generation. In journal entries from age seventeen until his AIDS-related death at thirty-seven, In the Shadow of the American Dream chronicles the life of a radical artist who unequivocally defied bigotry even as he became a target for the right wing. It tells the story of Wojnarowicz's creative birth, from publishing his first photographs and writing what would become The Waterfront Journals to completing his tour de force, Close to the Knives, at the height of his fame. In the Shadow of the American Dream is finally a record of the private Wojnarowicz, falling in love, exploring erotic possibilities on the Hudson River piers, becoming overwhelmed by the demands of survival, and searching for the pleasure and freedom he believed one could live on.