Angels of Death: Inside the Biker Gangs' Crime Empire (Paperback) 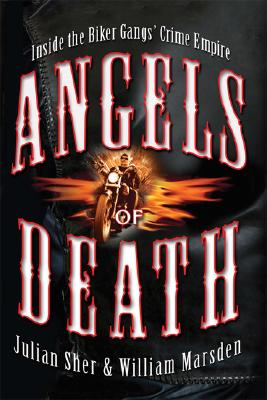 Two of today's top investigative journalists discovered the reality of the world's most foremost biker gang — The Hells Angels. With an estimated 2,500 members in 25 countries, the Hells Angels have inspired a global subculture of violence and fear. Sher and Marsden unflinching look at how law enforcement agencies worldwide are trying to stop — with little success — the biker gangs from spreading their violent outlaw creed around the world.

Julian Sher is the author of the Canadian bestseller Until You are Dead -- Steven Truscott's Long Ride into History, a finalist for the Writers' Trust of Canada Shaughnessy Cohen Prize for Political Writing and winner of the Canadian Authors Association Biography of the Year. For ten years, he was an investigative reporter with CBC's The Fifth Estate, and his Web page, Journalism.Net, is ranked among the top five journalism sites in the world by Google.

William Marsden is senior investigative reporter for the Montreal Gazette and also works for the Washington-based International Consortium of Investigative Journalists. His exposÃ©on smuggling and terrorism have won him three Judith Jasmin Awards, Quebec's highest award for journalism, and an Investigative Reporters and Editors Award in the U.S. Julian Sher and William Marsden's The Road to Hell: How the Biker Gangs are Conquering Canada was a bestseller in its Canadian English and French editions. The Road to Hell won the 2004 Arthur Ellis Award for Best True Crime and was nominated for the Writers' Trust of Canada's Shaughnessy Cohen Prize for Political Writing.