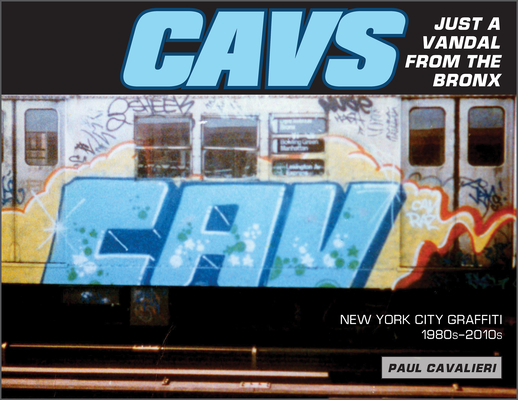 CAVS (Paul Cavalieri), a prolific and influential Bronx graffiti writer for nearly 40 years, shares hundreds of photos of his work, his progression as an artist, and stories of the New York City graffiti scene through the decades in one colorful volume. From the Wakefield neighborhood in the northern borough of the Bronx, CAVS tells his own story in his own singular voice. With a chapter examining each, he reminisces and documents his family and background, his beginnings in the Bronx, and his work on walls, subways, freight trains, and trucks. He covers dodging cops, working with other writers, and being one of the East Coast pioneers of freight train writing in the mid- to late '80s, bringing the reader into that specific time and place now so changed. While CAVS has changed, too, now painting only with permission, he remains fundamentally a vandal from the Bronx.