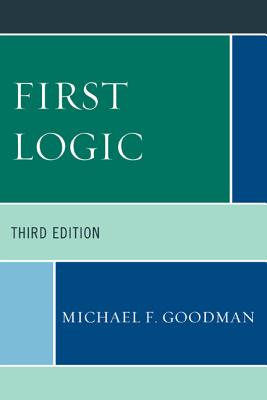 First Logic is an introductory text covering numerous topics in logic. This third edition includes expanded exercise sets for all chapters, updated examples, and extended discussion of concepts such as inductive reasoning, truth trees, and natural deduction. Chapter one presents some of the core concepts of logic, including validity, soundness, argument recognition, and the distinctions between deduction and induction. Chapter two outlines some of the most common informal fallacies of reasoning, such as appeal to authority, begging the question, and ad Hominem. Chapters three through seven cover such topics in symbolic logic as truth tables, truth trees, and proofs in natural deduction. Chapter eight covers the area of predicate logic, including proofs, trees, the logic of relations, and identity. This text will be helpful to all those who are interested in learning about the discipline of logic, including core concepts, methods of proving validity and invalidity, and the informal fallacies of reasoning.