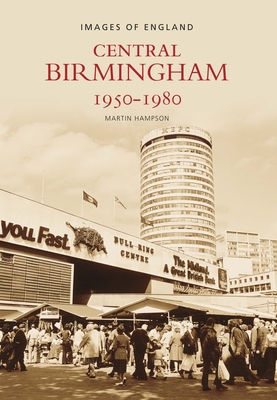 For Birmingham, whose motto is ‘Forward’, change has long been a fact of life. This pictorial history traces some of the dramatic developments that have taken place in the centre of Birmingham during three post-war decades.This collection of over 200 photographs, drawn from the archives held at Birmingham Central Library, recalls a bygone age when trams trundled down Victorian streets and steam trains halted at soot-blackened stations, their passengers emerging to patronise shops and cafés, pubs and hotels, some little changed in decades. The years immediately following the Second World War were more changeable than most, partly because the war itself delayed many plans for the city, and partly because of the need for post-war reconstruction, including that of the ‘Big Top’ bomb site, providing 1950s Birmingham with its first purpose-built shopping and office complex.Accompanied by supporting text, the photographs in this volume show how the foundations of present-day Birmingham were laid.