Quaint, Exquisite: Victorian Aesthetics and the Idea of Japan (Hardcover) 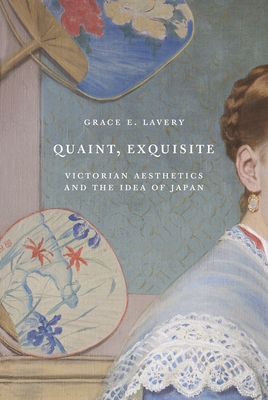 By Grace Lavery
Email or call for price
Ships from Warehouse, Usually in 1-8 Days

How Japan captured the Victorian imagination and transformed Western aesthetics

From the opening of trade with Britain in the 1850s, Japan occupied a unique and contradictory place in the Victorian imagination, regarded as both a rival empire and a cradle of exquisite beauty. Quaint, Exquisite explores the enduring impact of this dramatic encounter, showing how the rise of Japan led to a major transformation of Western aesthetics at the dawn of globalization.

Drawing on philosophy, psychoanalysis, queer theory, textual criticism, and a wealth of in-depth archival research, Grace Lavery provides a radical new genealogy of aesthetic experience in modernity. She argues that the global popularity of Japanese art in the late nineteenth century reflected an imagined universal standard of taste that Kant described as the "subjective universal" condition of aesthetic judgment. The book features illuminating cultural histories of Gilbert and Sullivan's Mikado, English derivations of the haiku, and retellings of the Madame Butterfly story, and sheds critical light on lesser-known figures such as Winnifred Eaton, an Anglo-Chinese novelist who wrote under the Japanese pseudonym Onoto Watanna, and Mikimoto Ryuzo, a Japanese enthusiast of the Victorian art critic John Ruskin. Lavery also explains the importance and symbolic power of such material objects as W. B. Yeats's prized katana sword and the "Japanese vellum" luxury editions of Oscar Wilde.

Quaint, Exquisite provides essential insights into the modern understanding of beauty as a vehicle for both intimacy and violence, and the lasting influence of Japanese forms today on writers and artists such as Quentin Tarantino.

Grace E. Lavery is assistant professor of English and affiliated faculty in the Program in Critical Theory and the Center for Japanese Studies at the University of California, Berkeley.