The Puritans: A Transatlantic History (Hardcover) 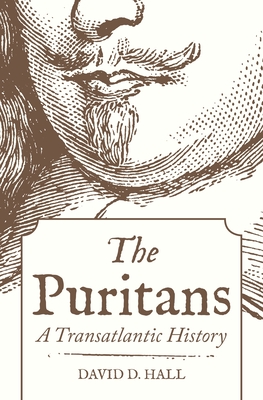 A panoramic history of Puritanism in England, Scotland, and New England

This book is a sweeping transatlantic history of Puritanism from its emergence out of the religious tumult of Elizabethan England to its founding role in the story of America. Shedding critical new light on the diverse forms of Puritan belief and practice in England, Scotland, and New England, David Hall provides a multifaceted account of a cultural movement that judged the Protestant reforms of Elizabeth's reign to be unfinished. Hall's vivid and wide-ranging narrative describes the movement's deeply ambiguous triumph under Oliver Cromwell, its political demise with the Restoration of the English monarchy in 1660, and its perilous migration across the Atlantic to establish a perfect reformation in the New World. A breathtaking work of scholarship by an eminent historian, The Puritans examines the tribulations and doctrinal dilemmas that led to the fragmentation and eventual decline of Puritanism. It presents a compelling portrait of a religious and political movement that was divided virtually from the start. In England, some wanted to dismantle the Church of England entirely and others were more cautious, while Puritans in Scotland were divided between those willing to work with a troublesome king and others insisting on the independence of the state church. This monumental book traces how Puritanism was a catalyst for profound cultural changes in the early modern Atlantic world, opening the door for other dissenter groups such as the Baptists and the Quakers, and leaving its enduring mark on what counted as true religion in America.

David D. Hall is professor emeritus of American religious history at Harvard Divinity School. His books include Worlds of Wonder, Days of Judgment: Popular Religious Belief in Early New England, A Reforming People: Puritanism and the Transformation of Public Life in New England, and The Faithful Shepherd: A History of the New England Ministry in the Seventeenth Century. He lives in Arlington, Massachusetts.