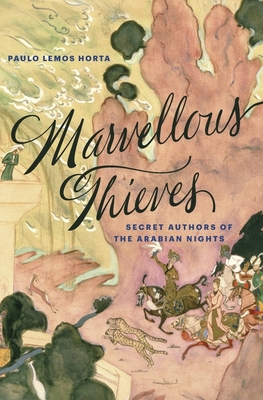 Although many of its stories originated centuries ago in the Middle East, the Arabian Nights is regarded as a classic of world literature by virtue of the seminal French and English translations produced in the eighteenth and nineteenth centuries. Supporting the suspicion that the story collection is more Parisian than Persian, some of its most famous tales, including the stories of Aladdin and Ali Baba, appear nowhere in the original sources. Yet as befits a world where magic lamps may conceal a jinni and fabulous treasures lie just beyond secret doors, the truth of the Arabian Nights is richer than standard criticism suggests.

"This fine book...cogently probes an influential period in the knotted and at times sordid history of the Arabian Nights, serving as a fine example to those unraveling this promiscuous and forever malleable set of stories."
--Charles Shafaieh, Wall Street Journal

"Intelligent and engrossing...The great merit of Horta's book is that its interest always lies in the story of the story, in mapping out the complex network of the translators, editors and travellers behind the Arabian Nights, in ways that enrich our sense of this remarkable text."
--Shahidha Bari, Times Higher Education