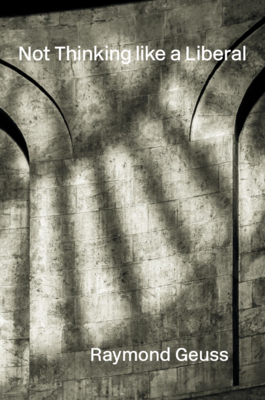 In a compelling meditation on the ideas that shape our lives, one of the world's most provocative and creative philosophers explains how his eccentric early years influenced his lifelong critique of liberalism.

Liberalism is so amorphous and pervasive that for most people in the West it is background noise, the natural state of affairs. But there are nooks and crannies in every society where the prevailing winds don't blow. Raymond Geuss grew up some distance from the cultural mainstream and recounts here the unusual perspective he absorbed: one in which liberal capitalism was synonymous with moral emptiness and political complacency. Not Thinking like a Liberal is a concise tour of diverse intellectual currents--from the Counter-Reformation and communism to pragmatism and critical theory--that shaped Geuss's skeptical stance toward liberalism. The bright young son of a deeply Catholic steelworker, Geuss was admitted in 1959 to an unusual boarding school on the outskirts of Philadelphia. Outside was Eisenhower's America. Inside Geuss was schooled by Hungarian priests who tried to immunize students against the twin dangers of oppressive communism and vapid liberal capitalism. From there Geuss went on to university in New York in the early days of the Vietnam War and to West Germany, where critical theory was experiencing a major revival. This is not a repeatable journey. In tracing it, Geuss reminds us of the futility of abstracting lessons from context and of seeking a universal view from nowhere. At the same time, he examines the rise and fall of major political theories of the past sixty years. An incisive thinker attuned to both the history and the future of ideas, Geuss looks beyond the horrors of authoritarianism and the shallow freedom of liberalism to glimpse a world of genuinely new possibilities.