The Rose That Grew From Concrete (Paperback) 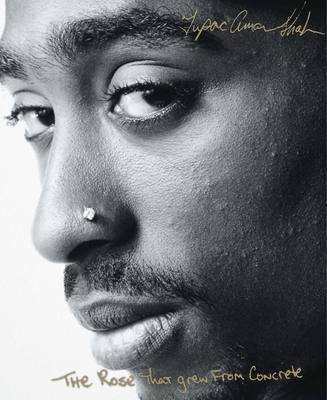 Tupac Shakur's most intimate and honest thoughts were uncovered only after his death with the instant classic The Rose That Grew from Concrete.

His talent was unbounded a raw force that commanded attention and respect.
His death was tragic—a violent homage to the power of his voice.
His legacy is indomitable—as vibrant and alive today as it has ever been.

For the first time in paperback, this collection of deeply personal poetry is a mirror into the legendary artist's enigmatic world and its many contradictions.

Written in his own hand from the time he was nineteen, these seventy-two poems embrace his spirit, his energy—and his ultimate message of hope.

Tupac Shakur recorded twelve landmark albums -- nine of which went either platinum or gold. A consummate actor, he also appeared in six major motion pictures, including Poetic Justice, Juice, GridLock'd, and Gang Related. He was murdered at the age of twenty-five.