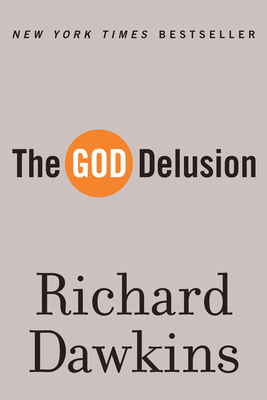 In the seminal text on atheism in the twenty-first centuy, renowned scientist Richard Dawkins examines the irrationality of believing in God and the grievous harm religion has inflicted on society.

From the sex-obsessed tyrant in the Old Testament to the more benign Celestial Watchmaker favored by some Enlightenment thinkers, Dawkins rigorously analyzes God in all his forms, eviscerating the major arguments for religion and demonstrating the supreme improbability of a supreme being. His argument steeped in impressive historical and contemporary evidence, spanning from the Crusades to 9/11, Dawkins shows how religion fuels war and foments bigotry, and makes the compelling case that belief in God is not just wrong but potentially deadly. As a solution, Dawkins offers exhilarating insight into the advantages of atheism for the individual and society, not the least of which is a clearer, truer appreciation of the universe's wonders than any faith could ever muster.

RICHARD DAWKINS is an emeritus fellow of New College, Oxford and was the University of Oxford's Professor for Public Understanding of Science from 1995 until 2008. He is the author of 15 books includingUnweaving the Rainbow, A Devil’s Chaplain, and The God Delusion.Dawkins lives in Oxford.,

"At last, one of the best nonfiction writers alive today has assembled his thoughts on religion into a characteristically elegant book." --Steven Pinker, Johnstone Professor, Harvard University, author of The Language Instinct, How the Mind Works, and The Blank Slate

"A resounding trumpet blast for truth . . . It feels like coming up for air." --Matt Ridley, author of Genome and Francis Crick

"This is a brave and important book." --Desmond Morris, author of The Naked Ape and The Human Animal

"Richard Dawkins is the leading soothsayer of our time. . . . The God Delusion continues his thought-provoking tradition." --J. Craig Venter, decoder of the human genome

"The God Delusion is smart, compassionate, and true . . . If this book doesn't change the world, we're all screwed." --Penn & Teller

"The world needs . . . passionate rationalists . . . Richard Dawkins so stands out through the cutting intelligence of The God Delusion." --James D. Watson, co-discoverer of DNA, author of The Double Helix —