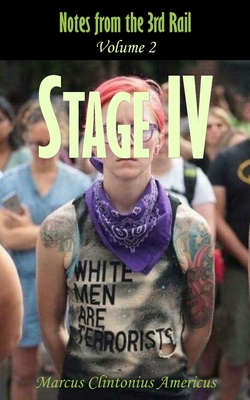 Since Notes from the 3rd Rail: Civilization in the Crosshairs was compiled in 2016, the disease of political correctness/identity politics has metastasized. The politics of the fascist Left have now descended beyond the event horizon and into the black hole of complete nihilism.

Building on his self-othering thesis established in the first volume, Marcus Clintonius Americus now addresses the West's latest descent into moral chaos: transgenderism and the sexualization of children.

A half-dozen "not-for-primetime" reviews of several popular movies and Douglas Murray's groundbreaking book on Europe's suicide round out this second volume from the world's longest living survivor of civilizational collapse.