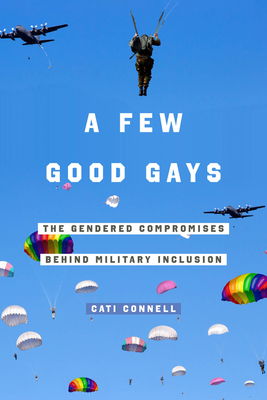 The US military has done an about-face on gender and sexuality policy over the last decade, ending Don’t Ask, Don’t Tell, restrictions on women in combat, and transgender exclusion. Contrary to expectations, servicemembers have largely welcomed LGB inclusion—yet they continue to vociferously resist trans inclusion and the presence of women on the front lines. In the minds of many, the embodied “deficiencies” of cisgender women and trans people of all genders puts others—and indeed, the nation—at risk.

In this book, Cati Connell identifies the homonormative bargain that underwrites these uneven patterns of reception and whose gains have come with significant concessions: a bargain that upholds and even exacerbates race, class, and gender inequality in the pursuit of sexual equality. Under the terms and conditions of the homonormative bargain, a select few are repatriated by military service, while gender-nonconforming queers, cis women, and trans people remain gender outlaws, assumed to endanger the institution—and indeed, the nation—by virtue of their physical and psychological inadequacies. What’s more, this bargain remains a handshake deal; even the widespread support for open LGB service is highly conditional, revocable upon violation of the bargain. Despite the promise of inclusivity, in practice, the military has made room only for a “few good gays,” to the exclusion of all others.

But should inclusion be the goal? Incorporation into an apparatus of empire is a far cry from the radically deconstructionist, antiracist, and antiwar ambitions that once characterized gay liberation. The homonormative bargain squandered a great deal of that liberatory potential. How did we get from there to here? And where do we go next? In analyzing inclusion as a social movement aspiration, Connell shows that its steep price is exacted through the continued abjection of queered Others both at home and abroad.

Cati Connell is Associate Professor of Sociology and Women’s, Gender, and Sexuality Studies at Boston University.