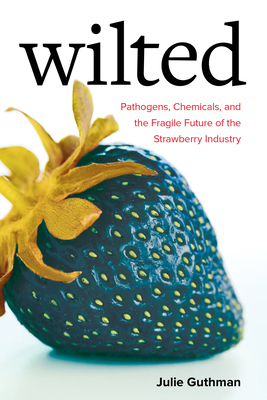 Strawberries are big business in California. They are the sixth‑highest‑grossing crop in the state, which produces 88 percent of the nation’s favorite berry. Yet the industry is often criticized for its backbreaking labor conditions and dependence on highly toxic soil fumigants used to control fungal pathogens and other soilborne pests.

In Wilted, Julie Guthman tells the story of how the strawberry industry came to rely on soil fumigants, and how that reliance reverberated throughout the rest of the fruit’s production system. The particular conditions of plants, soils, chemicals, climate, and laboring bodies that once made strawberry production so lucrative in the Golden State have now changed and become a set of related threats that jeopardize the future of the industry.

Julie Guthman is Professor of Social Sciences at the University of California, Santa Cruz. Her previous books include Agrarian Dreams: The Paradox of Organic Farming in California and Weighing In: Obesity, Food Justice, and the Limits of Capitalism.