The Mating Game: How Gender Still Shapes How We Date (Paperback) 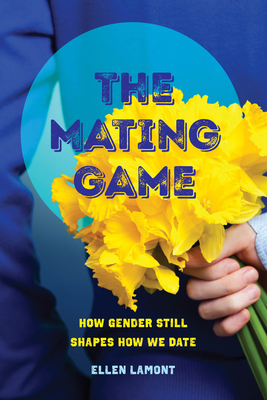 Despite enormous changes in patterns of dating and courtship in twenty-first-century America, contemporary understandings of romance and intimacy remain firmly rooted in age-old assumptions of gender difference. These tenacious beliefs now vie with cultural messages of gender equality that stress independence, self-development, and egalitarian practices in public and private life.

Through interviews with heterosexual and LGBTQ individuals, Ellen Lamont’s The Mating Game explores how people with diverse sexualities and gender identities date, form romantic relationships, and make decisions about future commitments as they negotiate uncertain terrain fraught with competing messages about gender, sexuality, and intimacy.

"Noting that 'the more things change, the more they stay the same,' Lamont finds that traditional gender-role expectations have not changed much; men still ask women out more often and hope for sex sooner than women, and women generally still wait to be asked out and are reticent to have sex 'too soon.' This book provides an interesting take on some presupposed assumptions."
— CHOICE

"Lamont’s well-designed empirical project and insightful theoretical analysis advance our conversations about the state of the gender revolution in the 21st century."

"The Mating Game is an ambitious project that strategically investigates views held by three distinct groups, each navigating complex social structures and cultural narratives around romantic courtship. Lamont offers a refreshing and strong framework to analyze courtship on an individual, group, and societal level. It is a strong addition to growing scholarship on young adults as well as the possible application of queerness in mainstream cultural reform."
— Men and Masculinities

"Lamont’s analysis of these stories reminds us that there are possibilities beyond what society currently offers us. I ultimately came away from this book feeling inspired and empowered to turn such possibilities into reality."