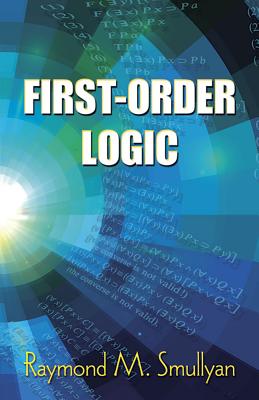 This completely self-contained study, widely considered the best book in the field, is intended to serve both as an introduction to quantification theory and as an exposition of new results and techniques in analytic or cut-free methods. Impressed by the simplicity and mathematical elegance of the tableau point of view, the author focuses on it here.
After preliminary material on tress (necessary for the tableau method), Part I deals with propositional logic from the viewpoint of analytic tableaux, covering such topics as formulas or propositional logic, Boolean valuations and truth sets, the method of tableaux and compactness.
Part II covers first-order logic, offering detailed treatment of such matters as first-order analytic tableaux, analytic consistency, quantification theory, magic sets, and analytic versus synthetic consistency properties.
Part III continues coverage of first-order logic. Among the topics discussed are Gentzen systems, elimination theorems, prenex tableaux, symmetric completeness theorems, and system linear reasoning.
Raymond M. Smullyan is a well-known logician and inventor of mathematical and logical puzzles. In this book he has written a stimulating and challenging exposition of first-order logic that will be welcomed by logicians, mathematicians, and anyone interested in the field.

Raymond Smullyan received his PhD from Princeton University and taught at Dartmouth, Princeton, Indiana University, and New York's Lehman College. Best known for his mathematical and creative logic puzzles and games, he was also a concert pianist and a magician. He wrote over a dozen books of logic puzzles and texts on mathematical logic. Raymond Smullyan: The Merry Prankster Raymond Smullyan (1919-2017), mathematician, logician, magician, creator of extraordinary puzzles, philosopher, pianist, and man of many parts. The first Dover book by Raymond Smullyan was First-Order Logic (1995). Recent years have brought a number of his magical books of logic and math puzzles: The Lady or the Tiger (2009); Satan, Cantor and Infinity (2009); an original, never-before-published collection, King Arthur in Search of His Dog and Other Curious Puzzles (2010); and Set Theory and the Continuum Problem (with Melvin Fitting, also reprinted by Dover in 2010). More will be coming in subsequent years. In the Author's Own Words: Recently, someone asked me if I believed in astrology. He seemed somewhat puzzled when I explained that the reason I don't is that I'm a Gemini. Some people are always critical of vague statements. I tend rather to be critical of precise statements: they are the only ones which can correctly be labeled 'wrong.' -- Raymond Smullyan