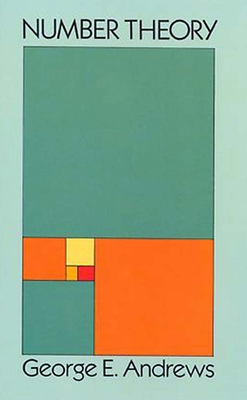 Although mathematics majors are usually conversant with number theory by the time they have completed a course in abstract algebra, other undergraduates, especially those in education and the liberal arts, often need a more basic introduction to the topic.
In this book the author solves the problem of maintaining the interest of students at both levels by offering a combinatorial approach to elementary number theory. In studying number theory from such a perspective, mathematics majors are spared repetition and provided with new insights, while other students benefit from the consequent simplicity of the proofs for many theorems.
Among the topics covered in this accessible, carefully designed introduction are multiplicativity-divisibility, including the fundamental theorem of arithmetic, combinatorial and computational number theory, congruences, arithmetic functions, primitive roots and prime numbers. Later chapters offer lucid treatments of quadratic congruences, additivity (including partition theory) and geometric number theory.
Of particular importance in this text is the author's emphasis on the value of numerical examples in number theory and the role of computers in obtaining such examples. Exercises provide opportunities for constructing numerical tables with or without a computer. Students can then derive conjectures from such numerical tables, after which relevant theorems will seem natural and well-motivated.

The Holy Grail of Number Theory George E. Andrews, Evan Pugh Professor of Mathematics at Pennsylvania State University, author of the well-established text Number Theory (first published by Saunders in 1971 and reprinted by Dover in 1994), has led an active career discovering fascinating phenomena in his chosen field -- number theory. Perhaps his greatest discovery, however, was not solely one in the intellectual realm but in the physical world as well. In 1975, on a visit to Trinity College in Cambridge to study the papers of the late mathematician George N. Watson, Andrews found what turned out to be one of the actual Holy Grails of number theory, the document that became known as the Lost Notebook of the great Indian mathematician Srinivasa Ramanujan. It happened that the previously unknown notebook thus discovered included an immense amount of Ramanujan's original work bearing on one of Andrews' main mathematical preoccupations -- mock theta functions. Collaborating with colleague Bruce C. Berndt of the University of Illinois at Urbana-Champaign, Andrews has since published the first two of a planned three-volume sequence based on Ramanujan's Lost Notebook, and will see the project completed with the appearance of the third volume in the next few years. In the Author's Own Words: It seems to me that there's this grand mathematical world out there, and I am wandering through it and discovering fascinating phenomena that often totally surprise me. I do not think of mathematics as invented but rather discovered. -- George E. Andrews