A Combinatorial Introduction to Topology (Dover Books on Mathematics) (Paperback) 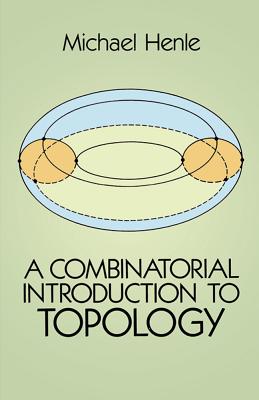 The creation of algebraic topology is a major accomplishment of 20th-century mathematics. The goal of this book is to show how geometric and algebraic ideas met and grew together into an important branch of mathematics in the recent past. The book also conveys the fun and adventure that can be part of a mathematical investigation.
Combinatorial topology has a wealth of applications, many of which result from connections with the theory of differential equations. As the author points out, "Combinatorial topology is uniquely the subject where students of mathematics below graduate level can see the three major divisions of mathematics -- analysis, geometry, and algebra -- working together amicably on important problems."
To facilitate understanding, Professor Henle has deliberately restricted the subject matter of this volume, focusing especially on surfaces because the theorems can be easily visualized there, encouraging geometric intuition. In addition, this area presents many interesting applications arising from systems of differential equations. To illuminate the interaction of geometry and algebra, a single important algebraic tool -- homology -- is developed in detail.
Written for upper-level undergraduate and graduate students, this book requires no previous acquaintance with topology or algebra. Point set topology and group theory are developed as they are needed. In addition, a supplement surveying point set topology is included for the interested student and for the instructor who wishes to teach a mixture of point set and algebraic topology. A rich selection of problems, some with solutions, are integrated into the text.