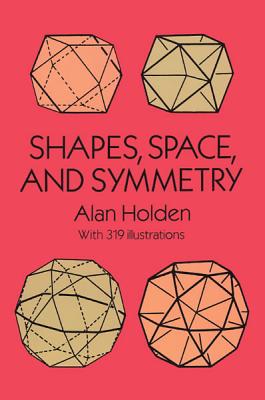 "Altogether a most instructive, entertaining, and esthetically pleasing book." -- Science.
Since the ancient Greeks, the visualization of space has been a challenge that has intrigued men of learning. Through centuries of thoughtful looking, a number of three-dimensional figures or polyhedral, as the Greeks called them, have been discovered, admired, and wondered at for their mathematical elegance and beauty. And they have been put to use in remarkably diverse ways by engineers and builders, chemists and crystallographers, architects and sculptors.
This book describes very clearly and simply, and illustrates with beautiful photographs of models, a great number of three-dimensional figures, all but a few consisting of plane faces bounded by straight lines. It examines the nine regular solids -- the five commonly called Platonic, described by Theaetetus in the fourth century B.C., and the four called Kepler-Poinsot, two each of which were discovered by Kepler and Poinsot many centuries later. And it examines many variations obtained by truncation, stellation, dualization, and compounding.
Writing for the layman as well as the student or professional in mathematics, Alan Holden explains the structure of the figures and demonstrates how they can be used to explain mathematics visually rather than by symbol systems, an effort hailed by Scientific American magazine as "a victory of clear, connected thinking over the theorematic method." At the end of the book the author includes a section containing instructions for constructing cardboard models.