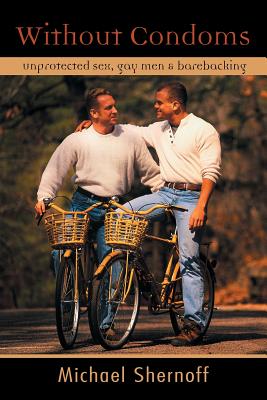 After years of activism, risk awareness, and AIDS prevention, increasing numbers of gay men are not using condoms, and new infections of HIV are on the rise. Using case studies and exhaustive survey research, this timely, groundbreaking book allows men who have unprotected sex, a practice now known as barebacking, to speak for themselves on their willingness to risk it all.

Without Condoms takes a balanced look at the profound needs that are met by this seemingly reckless behavior, while at the same time exposing the role that both the Internet and club drugs like crystal methamphetamine play in facilitating high-risk sexual encounters. The result is a compassionate, sophisticated and nuanced insight into what for many people is one of the most perplexing aspects of today's gay male culture and life style. Michael Shernoff digs deep and forces us to see that the AIDS epidemic is not over. We must now ask the hard questions and listen to the voices that answer. The stakes are too high to ignore.

Michael Shernoff is a Manhattan psychotherapist in private practice, and is on faculty at Columbia University School of Social Work. For seven years he was the online mental health expert for TheBody.com, the largest HIV/AIDS web site in the world. In the 1980s he coauthored the pioneering AIDS prevention workshop Eroticizing Safer Sex. He has written extensively on mental health issues of gay men and HIV/AIDS, and is a frequent lecturer and presenter at conferences worldwide.