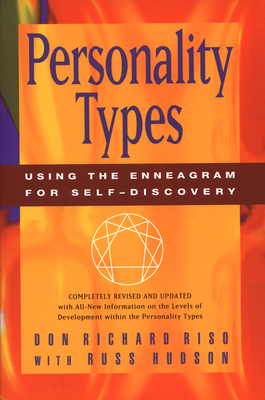 An expanded edition of Don Riso's revoluntionary interpretation of the Enneagram—the ancient psychological system used to understand the human personality.

This expanded edition of Don Riso's classic for the first time uncovers the Core Dynamics, or Levels of Development, within each type. This skeletal system provides far more information about the inner tension and movements of the nine personalities than has previously been published. This increased specificity will allow therapists, social workers, personnel managers, students of the Enneagram, and general readers alike to use it with much greater precision as they unlock the secrets of self-understanding, and thus self-transformation.

DON RICHARD RISO, M.A. (1946-2012) was the foremost writer and developer of the Enneagram in the world and the most-published and bestselling author in the field. The president of Enneagram Personality Types, Inc., and co-founder of The Enneagram Institute, he taught the Enneagram for more than twenty years, pioneering a revolutionary new approach to ego psychology through his 1977 discovery of the Levels of Development. His five bestselling books with Russ Hudson have been published in more than a dozen countries and languages. Mr. Riso was a Jesuit for thirteen years, with degrees in English and philosophy, was elected to the Jesuit Honor Society, Alpha Sigma Nu, and was a Ford Foundation Fellow at Stanford University in communications (social psychology).