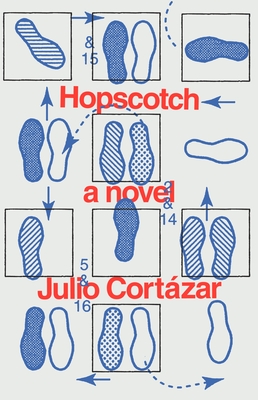 Translated by Gregory Rabassa, winner of the National Book Award for Translation, 1967

Horacio Oliveira is an Argentinian writer who lives in Paris with his mistress, La Maga, surrounded by a loose-knit circle of bohemian friends who call themselves "the Club." A child's death and La Maga's disappearance put an end to his life of empty pleasures and intellectual acrobatics, and prompt Oliveira to return to Buenos Aires, where he works by turns as a salesman, a keeper of a circus cat which can truly count, and an attendant in an insane asylum. Hopscotch is the dazzling, freewheeling account of Oliveira's astonishing adventures.

JULIO CORTÁZAR was born in Brussels to Argentinian parents in 1914, was raised in Argentina, and in 1952 moved to Paris, where he continued to live for the rest of his life. He was a poet, translator, an amateur jazz musician as well as the author of several novels and volumes of short stories. Ten of his books have been published in English: The Winners, Hopscotch (which won the National Book Award), Blow-Up and Other Stories, Cronopios and Famas, 62: A Model Kit, A Change of Light, We Love Glenda So Much, and A Certain Lucas. He received the Prix Médicis Award (France, 1974) and the Rubén Darío Order of Cultural Independence (Nicaragua, 1983), among other accolades. Considered one of the great modern Latin American authors, he died in Paris in February 1984.

"The most magnificent novel I have ever read, and one to which I shall return again and again."
—C.D.B. Bryan, The New York Times Book Review

"The most powerful encyclopedia of emotions and visions to emerge from the postwar generation of international writers."
—The New Republic

"A work of the most exhilarating talent and interest."
—Elizabeth Hardwick