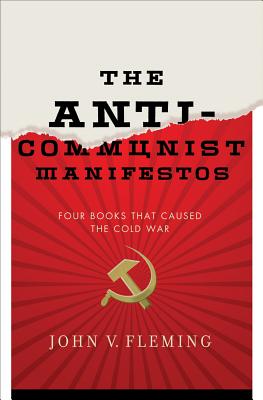 The books altered the course of history; the lives behind them have the dark fascination of fiction.

The subject of The Anti-Communist Manifestos is four influential books that informed the great political struggle known as the Cold War: Darkness at Noon (1940), by Arthur Koestler, a Hungarian journalist and polymath intellectual; Out of the Night (1941), by Jan Valtin, a German sailor and labor agitator; I Chose Freedom (1946), by Victor Kravchenko, a Soviet engineer; and Witness (1952), by Whittaker Chambers, an American journalist. The authors were ex–Communist Party members whose bitter disillusionment led them to turn on their former allegiance in literary fury. Koestler was a rapist, Valtin a thug. Kravchenko, though not a spy, was forced to live like one in America. Chambers was a prophet without honor in his own land. Three of the four had been underground espionage agents of the Comintern. All contemplated suicide, and two of them achieved it. John V. Fleming’s humane and ironic narrative of these grim lives reveals that words were the true driving force behind the Cold War.

John V. Fleming taught humanistic studies at Princeton University for forty years. He is the author of The Anti-Communist Manifestos: Four Books That Shaped the Cold War. He lives in Princeton, New Jersey.